Rape or gang rape or assaults against children, are offences which shocks one’s conscience and heinous. To record it and to upload it without fear of repercussions is even more shocking and demonstrates grave moral depravity and abject absence of basic humanity. It also shows that the Criminals think they will not be caught. 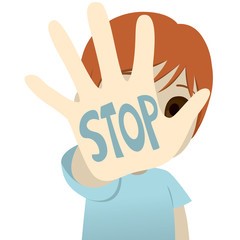 Some directions have already been issued for limiting the harm caused by these forms of offences as the law provides ZERO TOLERANCE for such offences against Children (2018 (15) SCC 573:  and Available at: https://main.sci.gov.in/supremecourt/2015/6818/6818_2015_Order_23-Oct-2017.pdf). Many developments in reporting process of the crime to police and also to social media platforms have evolved pursuant to this case.

Particularly, this case focused on victim rights. Law already provides you several remedies. Rape and gang rape are offences in themselves and punishable under the Indian Penal Code, 1860 (“IPC”). Apart from that publishing or transmission of sexually explicit content is punishable under the Information Technology Act, 2000 (as amended) (“IT Act”).

If you are a victim or know someone who is a victim, please file a Criminal complaint to set the law in motion. It is now feasible to file online (cybercrime.gov.in). The vexing issues of jurisdiction of crime, police station which should take the complaint etc., are all decided on the website.

Such offences are recordings of physical crimes against persons. The actions themselves are crimes and recording them is a crime in itself. To blatantly upload them without fear of consequences demonstrates why all victims ought to come forward and initiate action. The criminals clearly believe that the body shaming and the anguish that the victim would go through with her physical violation being further violated online will stop her from reporting the crime. They also clearly have no fear of consequences of putting proof of their criminal acts online.

The only way to stop such offences is to ensure that such immoral and depraved Criminals are brought to book. That offences are registered. That victims are protected by removal of such content and if possible even stoppage of such content being uploaded online. That prosecutions are expeditiously initiated and concluded within short periods of time.

Several Criminal sections may be invoked against commission of such offences including for threatening to upload such recordings of offences. Rape and gang rape in themselves are punishable under (Section 376 to 376E IPC (as applicable)); Apart from this S.354C IPC (Voyeurism) may be invoked. IT Act offences under S.66E, S.67 and S.67A may be invoked for publishing and transmitting such content through digital platforms including chat apps.

Do not hesitate to seek legal remedies. File your complaint online on cybercrime.gov.in.  You are the victim – you are not at fault. Seek justice and ensure that criminals do not harm you or others. Be A Cyber Saathi!